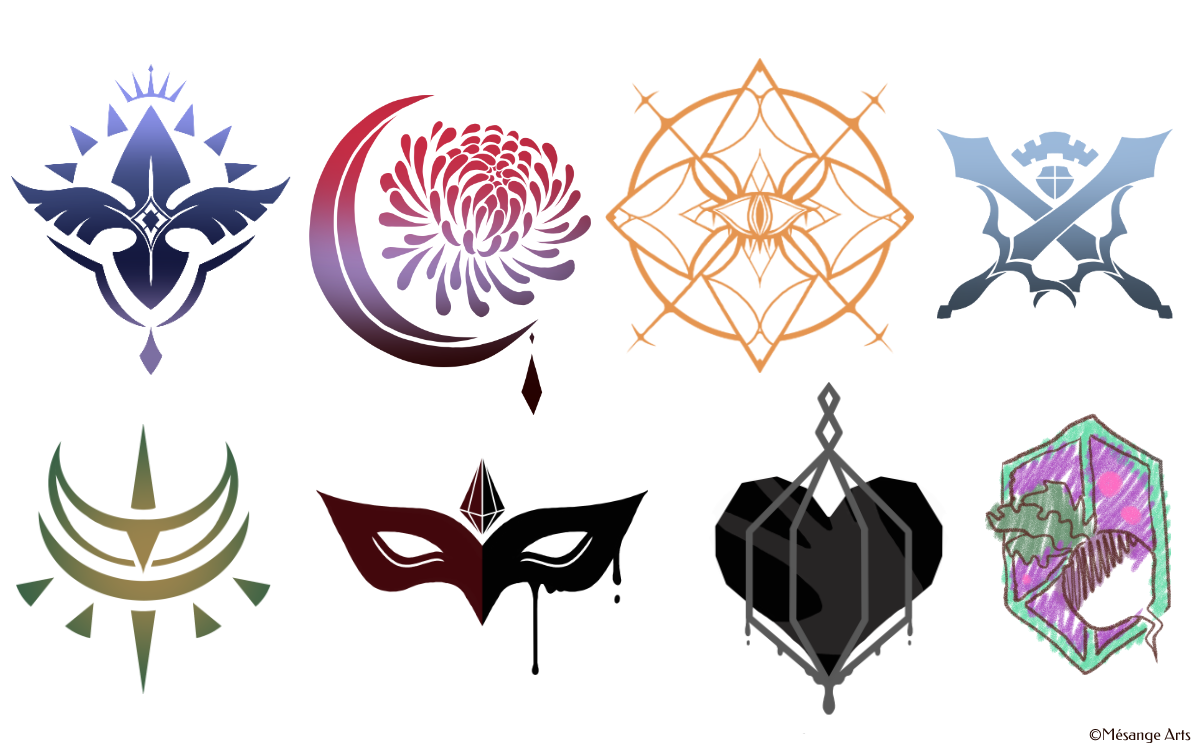 Some arms are well known and loved, some are never drawn the same way due to a lack of knowledge, and others are as feared as a newly rose lich.

The most influential families also use arms. They are carved on swords, shields, or even above the doors of their houses. The way those arms are shown signify a family's power. It’s more than an egoistic vanity, it's a warning: "Those who shall hurt someone or something wearing those arms will face their fate."

Here is a panel of the arms you'll meet at least once throughout your adventure. Who do you think they belong to?

Pledge on the Kickstarter (until July 31):