Funded, thank you very much! 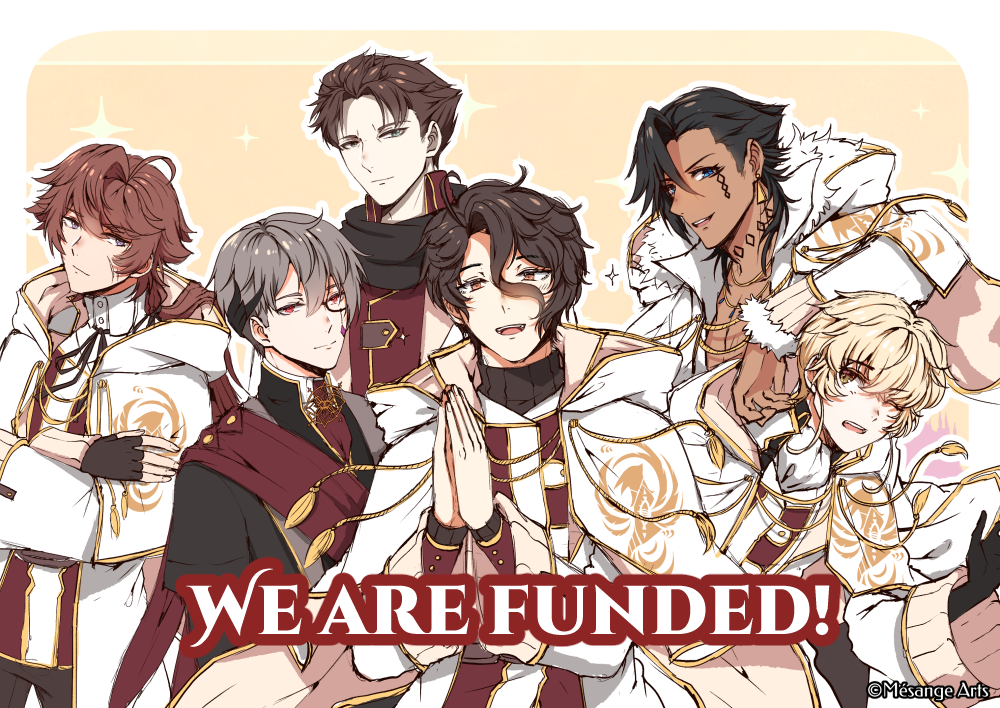 No more work to prepare one piece of news per day. No more bashing the F5 key. Our first restful bit of sleep in an entire month. You know what we’re getting at : the Kickstarter IS OVER!! Thanks to you, we’ll be able to release a full game with a few more soundtracks than expected!

Despite our exhaustion, we wanted to thank you properly, because we wouldn’t be here without you. Many were skeptical, some didn’t believe at all, others were hopeful but afraid that we might not reach our goal, and, in the end, it all worked out thanks to your involvement. Really, rarely has a first game seen such support from contributors, and Visual Novel enthusiasts commented on it! You’ve been wonderful, and we want you to know that without you and your messages, we would certainly have given up at some point. It was really hard to keep on believing, with the amount of alarmed PMs we were getting, but you gave us the strength to give it our all until the end, and look now: we ended up overshooting the goal and reaching 117%!

We hope you’ll understand that we’d like to give a special thanks to three individuals who invested the most in our project and helped cause the spectacular boost of the past few days: Angor, Jean-Marc, and Poux (who all pledged for the highest tier). Know that, today, we are just like the 3 aliens from Toy Story: we are eternally grateful to you!

Many thanks to the English and French Discord servers, whose members sent us good vibes for a whole month! As we said just before, we wouldn’t have managed it without you! And, finally, a huge hug to Tiboudouboudou, UkieKooki, Khiad, and Awesomeperfection1 for their streams of the game! One too for Irlana, from the “Synthetic: Lover” BL game, for the Yaoi Press team, and for munni from “BL Games World”, for having mentioned us on social media! You gave us a huge visibility boost, and we wouldn’t be there without you either!

We cannot individually list you all, but we want to thank our 600 contributors for believing in us, we will do everything to make this game one of the best of its genre! And with these words, we part for a little while, in order to get some rest after this exhausting campaign!

We love you, you’re awesome!!